It seems that I’ve known J forever, and at the same time, it was only yesterday we first met.

I know it’s cliché, but these past 7 years have for sure been the best of my life thus far. I had no idea that is was possible to be this happy or this in love with a man and our beautiful family.

I like to tell people that J and I met when I was 17. Shock value, ya know.

The truth is, we did meet when I was 17; about 3 days before my 18th birthday. I’d been at my mother’s work to receive a college scholarship and she was introducing me to different people in her building. And I spotted J; luscious dark hair, beautiful smile, across the building and asked who he was.

My mother smiled and said, “Oh, let me introduce you. I bet you will pronounce his name correctly!”

And sure enough, my four years of Spanish paid off and I didn’t butcher his name like most Midwest folks.

There was probably some small talk, I don’t fully remember. I know I walked away from him swooning and giddy, my first real crush. Ever.

I was not the kind of girl who was boy crazy at any point in my life. I was pretty resolved that I would remain single my entire life for numerous reasons that made total sense to me. I likely wouldn’t have any children, though I would totally consider adoption when I made it to my mid-30s and was fully successful doing…whatever.

But that was it. The end of J.

Until my mother casually invited him to my graduation party. J was travelling extensively at that point in his career, much more than now if that’s possible to imagine, and just happened to be in town on my graduation. He agreed, probably for the free food. He brought me a card with a hamster on it and actually went to my graduation ceremony, which I didn’t know until we were engaged.

At that point, we did exchange email addresses and very periodically emailed back and forth for the next two years. Less than  once a month.

I dated other guys, had experiences that changed me, and grew up a ton. And then the winter of my sophomore year in college J was in Palermo, and I was currently taking a class on the Sicilian Mafia with which I was totally enthralled. I expressed my jealousy at his amazing travels and he offered to take me to Spain.

I kind of joked and said okay, but he took it seriously. I asked my mom more than once if she thought it were a wise or safe idea. She just told me to have fun.

I’ve never been the spontaneous type. Adventurous, sure. But spontaneous, true risk-taker…just no. So the idea of traveling to a foreign country with a dashing guy that I truthfully barely even knew just had “bad idea” written all over it. I was fairly certain I was setting myself up to be human trafficked; but for some crazy ass reason, I said yes. (Miss H, if you read this someday, just because it worked out well for me, don’t do this. Not all men are half as decent as your papa!)

And that was a game changer.

Before I went to Spain, my dad asked me what my relationship with J was. He was a bit more concerned. I remember smiling and saying, “It’s weird, but if I were the marrying type, which I’m not, he’d be the man I’d marry.”

That probably scared the shit out of my dad. Who knows?

But I knew. I all ready knew.

Me, the girl who despised all things romance, who grew up not even remotely believing in the idea of love, had given her heart to a man she hardly knew long ago; the second her eyes had first locked with his years ago.

Spain was beautiful and wonderful and J was such a perfect gentleman it truly startled me. I had no idea that there were men out there who still believed in chivalry and respect. We had separate beds in every single hotel room. Other than when I slipped my hand into his, he never even remotely tried to take our relationship any further.

I returned home from a beautiful foreign country with a beautiful man, completely unkissed. He was a wonder of a man, for sure!

Our relationship grew over the summer. At one point in early July he asked if we could officially court. Yes, yes, he did use the word court! Ha.

Though after a week of too much thinking – I had great reasons to by cynical of love: I had huge plans for my life, etc., etc. – I told him that no, our relationship in fact should not progress any further. It was just more than I could handle or was ready for.

Per typical, J was an absolute gentleman about it and said he understood, but would really like to remain friends.

I agreed, as I adored him. And he’d quickly become my dearest friend. What in the world would I do if I didn’t have him to talk to!?

So really, absolutely nothing in our relationship changed. We’d been planning a trip to Aruba in the fall before I ventured off to England for a year, and we both agreed we still wanted to go: platonically.

We went parasailing and snorkeling and thoroughly enjoyed life and one another’s company. And one night, as I was climbing into my own bed, J said, “I love you.”

And I said nothing.

I laid in the dark, quiet room and weighed the gravity of those words.

And by someone whom I wholly loved.

It was terrifying and beautiful.

And I had a choice to make.

To follow my heart, or listen to my ever-practical brain, which had gotten me this far in life mostly intact.

I took a risk. For J, I took the biggest risk of my life. And I whispered, “I love you, too.” I wasn’t even sure if he was awake anymore.

As it goes, life continues whether you are ready for it to do so or not, and I was off to England. We’d all ready known I’d be living with him when I returned the following year (as a room mate), though it happened that our dream house, a serious project, fell into our laps, and we embraced it without the true certainty of where our relationship would end up.

I didn’t think far into the future as I typically did. I just knew I was happy, right then, in that moment, and I’d worry about other obstacles when they occurred, because nothing could squelch the bliss.

Well, it turned out J had some work in Sicily that October, so I flew over for a long weekend so I could finally see Palermo, the tip of the metaphorical iceberg of our relationship. He greeted me with flowers at the airport and when we were at the hotel, discussing dinner plans, and for the first time truly since we’d been together, future plans, it came to be that we decided we were in it for the long haul. But he wanted to ask me right, with a ring and permission from my parents, and for the first time in my entire life, I did not analyze this situation or my answer.

I was not afraid.

I was so in love with that man, and I knew nothing in the world was quite as important as being with him.

Somehow, without even realizing it, ever so slowly over time, the fully-independent, forever-cycnical façade melted away and I just went with what made me happy.

He did propose properly on Christmas Eve in Paris, France. We attended the 8 o’clock mass at the Notre Dame and then he insisted we stay for midnight mass as well. I thought he was insane. I was exhausted, I didn’t speak or understand a lick of French, and we’d just sat through one whole mass anyway. And let’s be honest, neither of us were that religious.

After he gave up our seats to another couple and I realized that on top of it all I would now have to stand for the next 3 hours: I was done. There was a lot of heavy sighing and bitching and head shaking.

He pulled me into a corner, behind a pillar, and before I knew what was happening he was down on one knee with a diamond ring in his hand. “You’re not making this easy,” he said, “But will you marry me?”

I was floored. The wind was knocked out of me.

And it was only uphill from there. He planned the wedding and worked on making our project house a home. I finished my year abroad and came home and moved in with him.

We lived in honeymoon bliss and visited his friends and family, whom I hadn’t yet met. It was fun and beautiful and perfect.

We knew we wanted babies (crazy how quickly those ideas came when the idea was no longer me going it solo), and sooner rather than later. So I was a few weeks knocked up on the day we wed and I wouldn’t change that for the world. I graduated university with honors and a double major and had our first bambino three months later. Everyone said the honeymoon phase would fade away. Especially with kids.

But you know what, we’re 7 years in and 3 babies born, and it’s still the honeymoon phase. It’s still beautiful and amazing; exhilarating and exciting. And I’m so glad I gave my heart a chance, that I took a risk and let myself love J fully, because it was the best life-decision I’ve ever made.

I can definitely say “And they lived happily ever after.” Not without challenges and sleepness nights, but definitely with endless love and happiness. 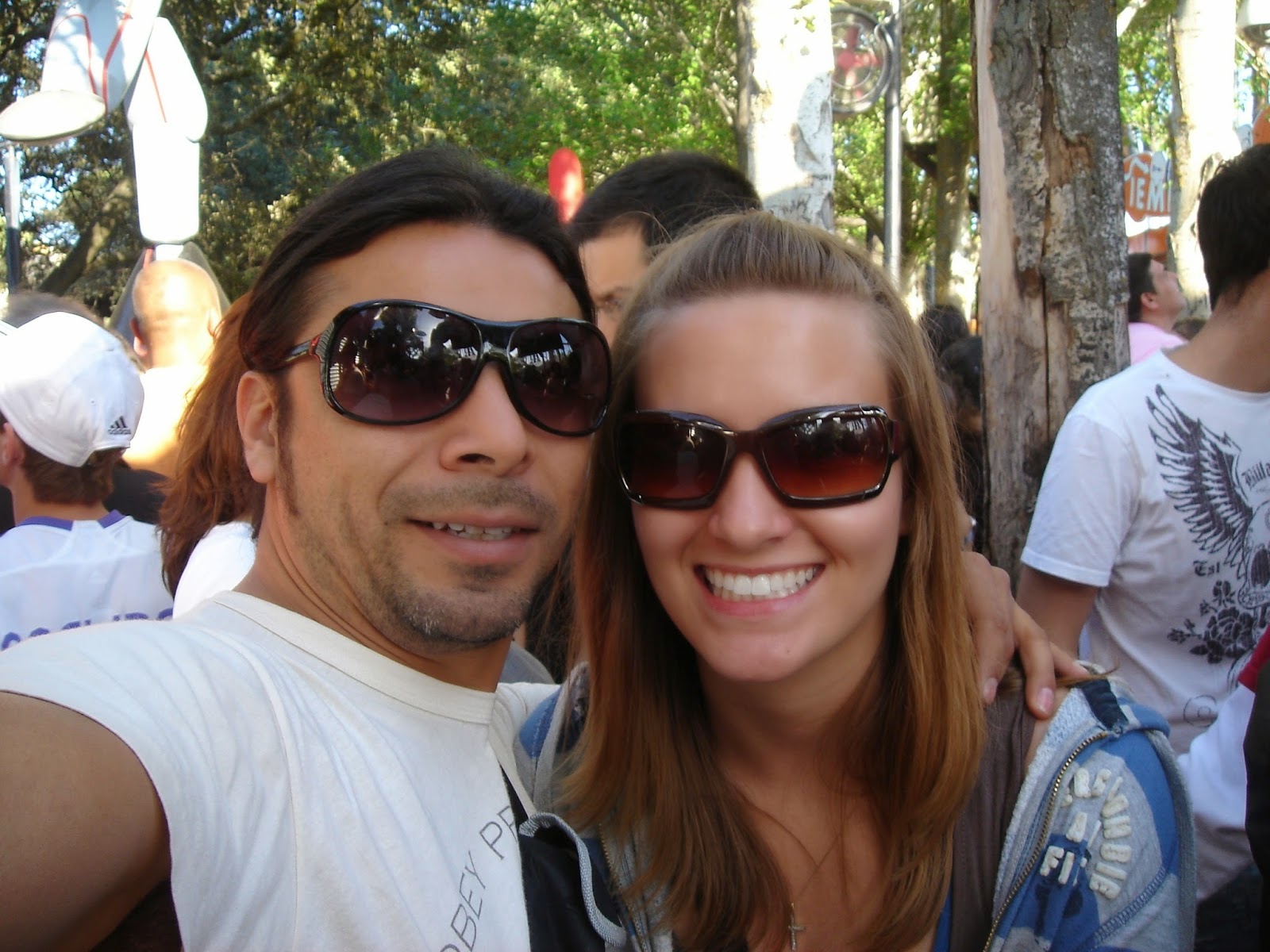 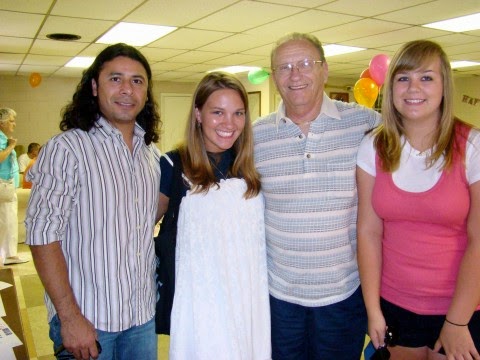 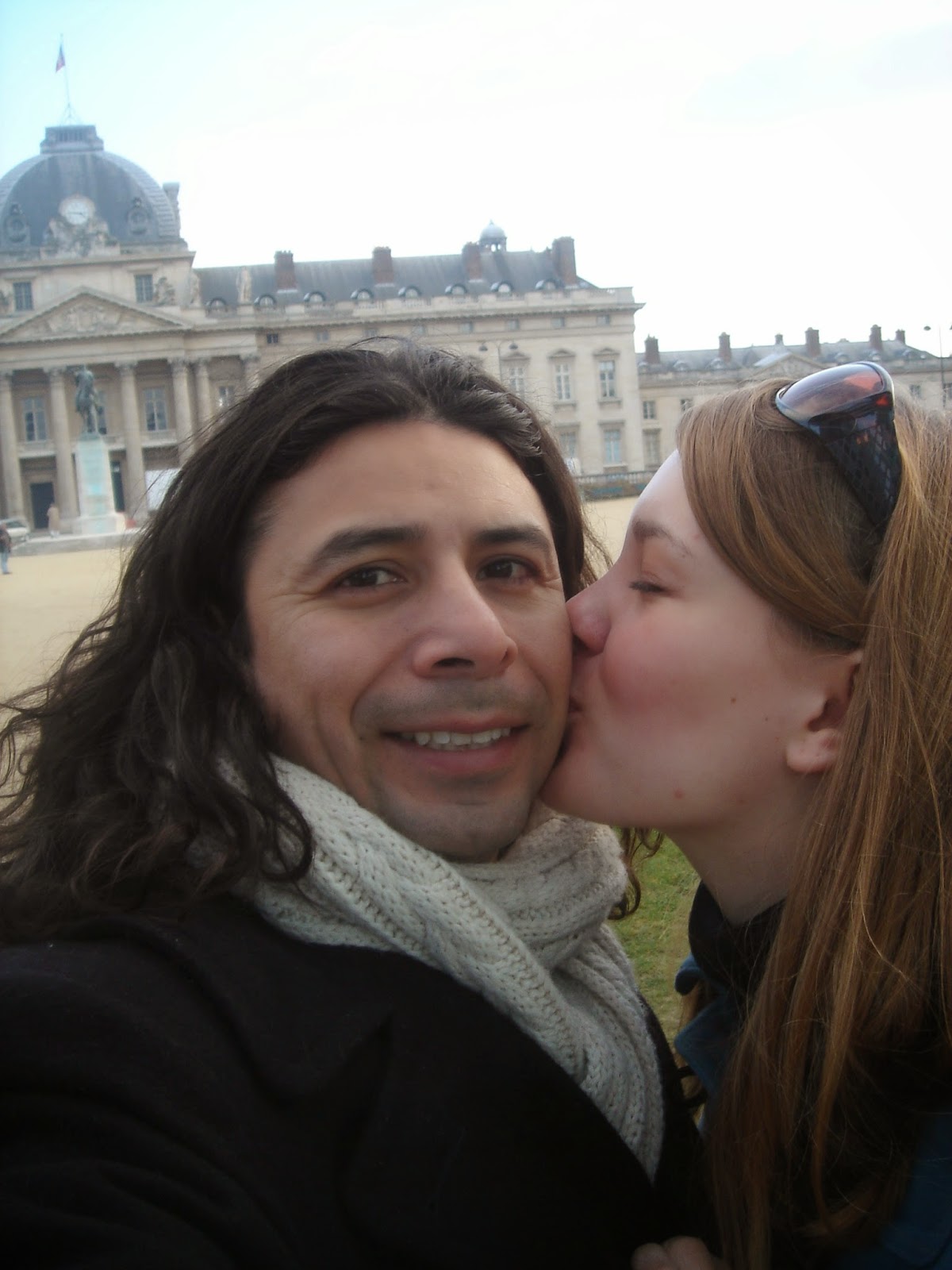 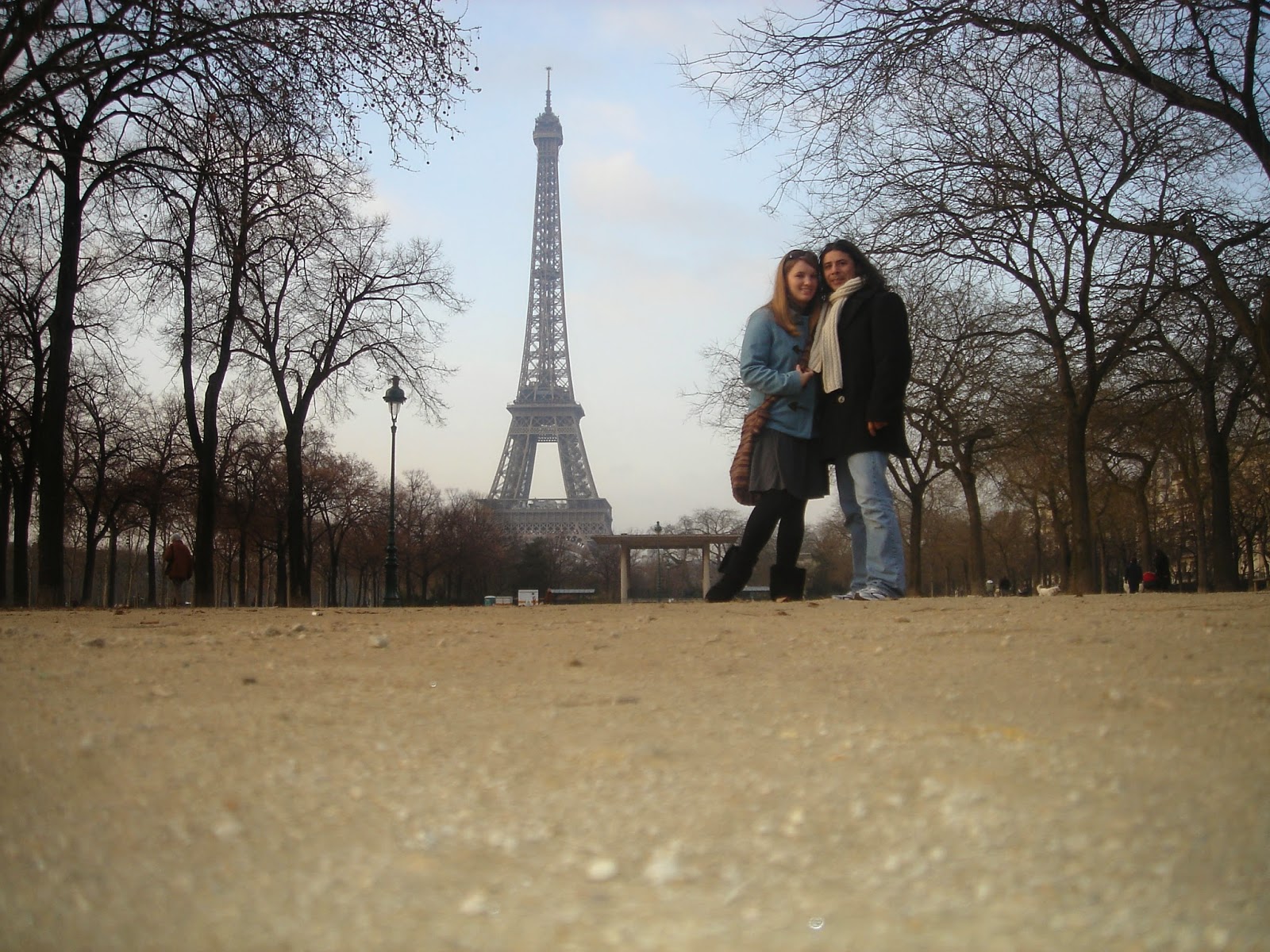 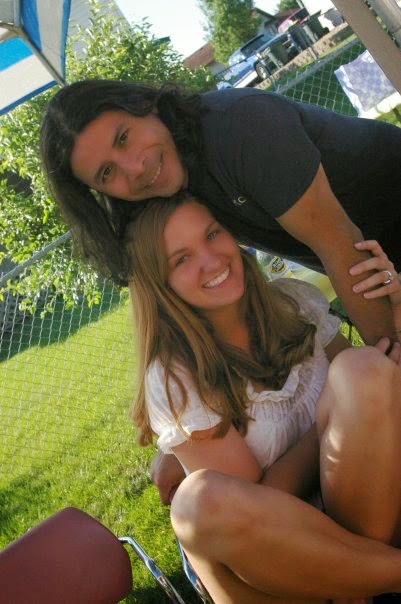 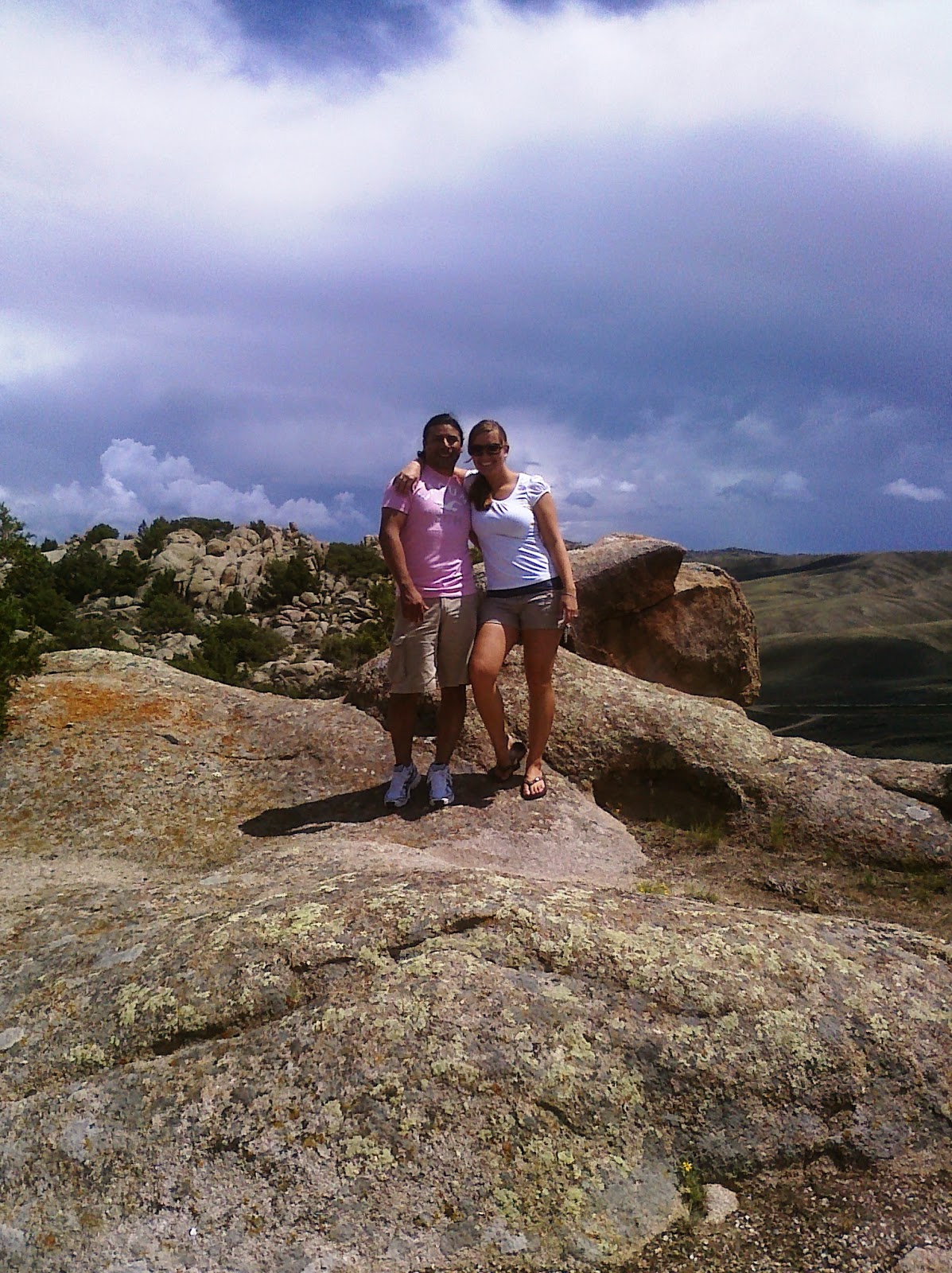 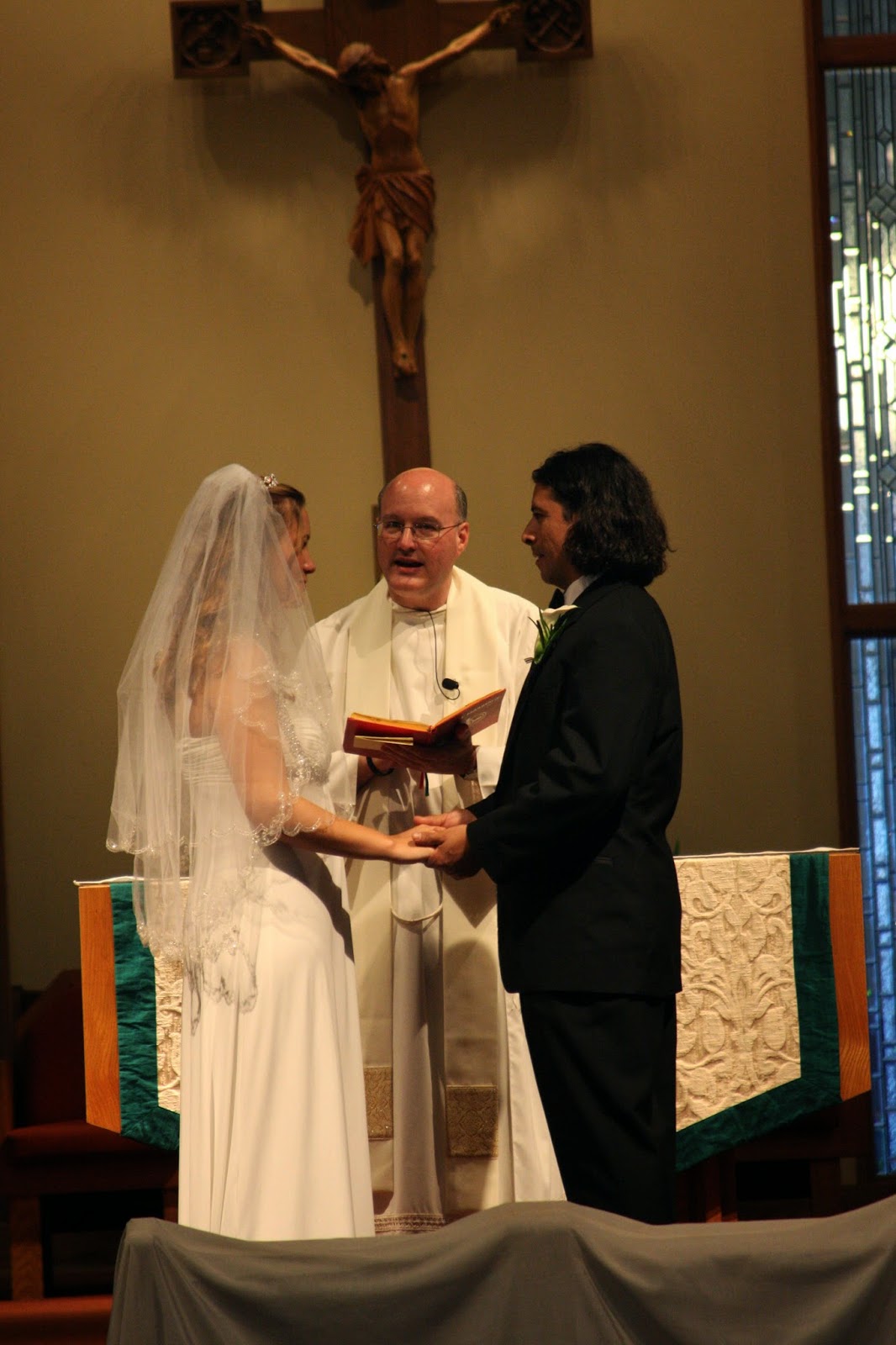 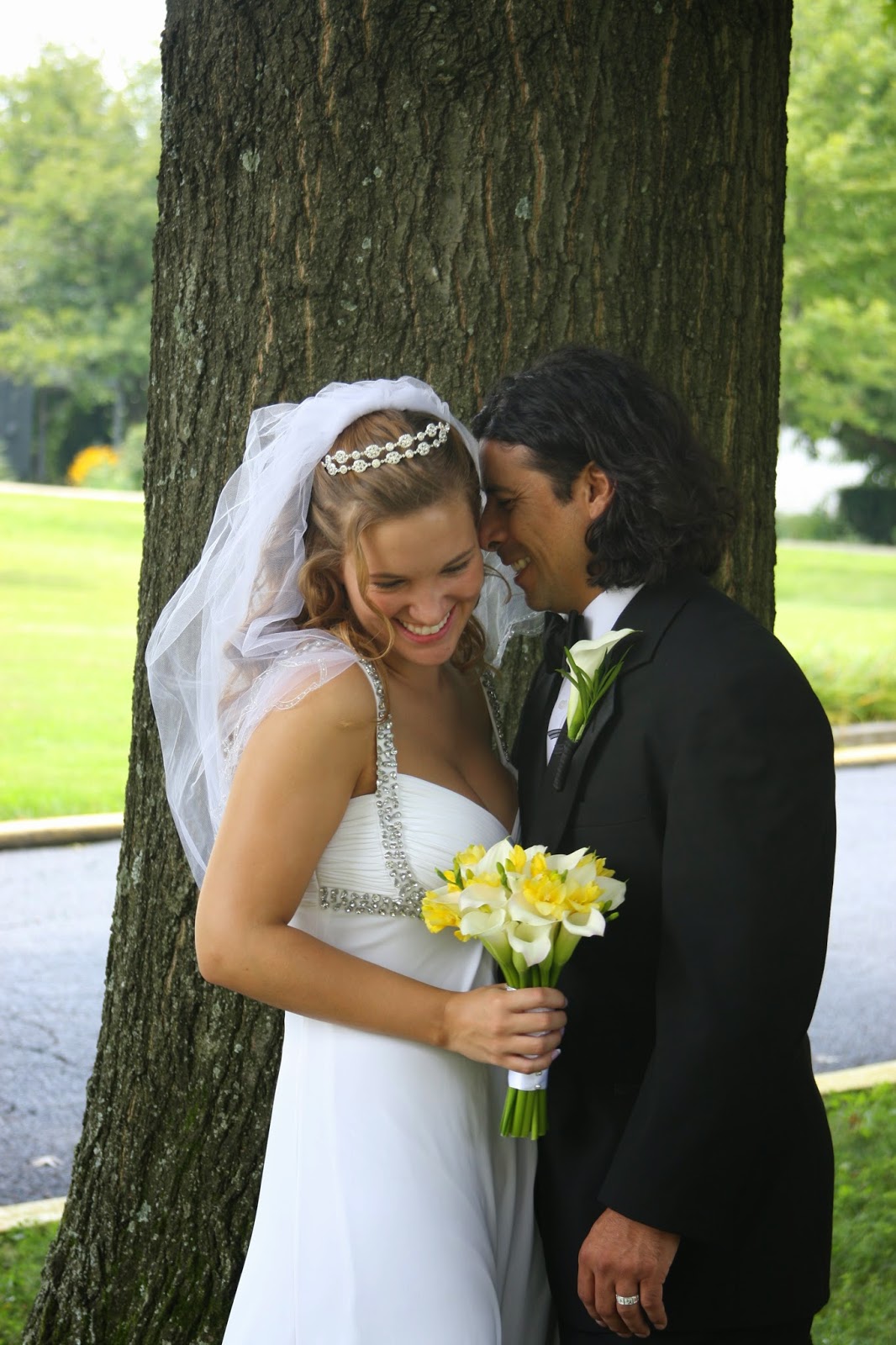 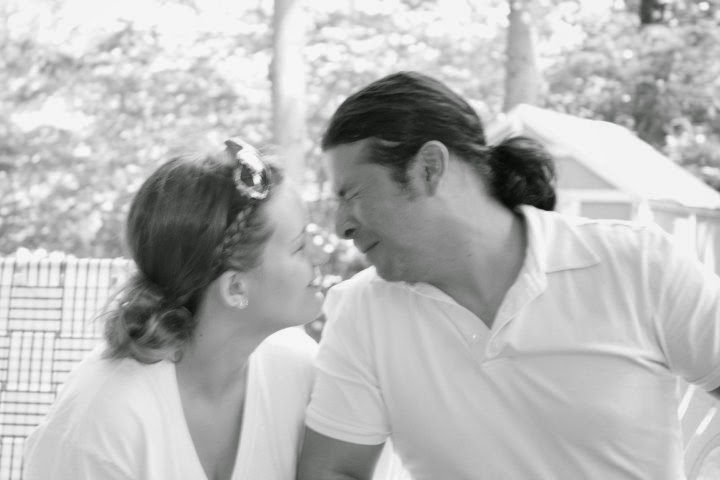 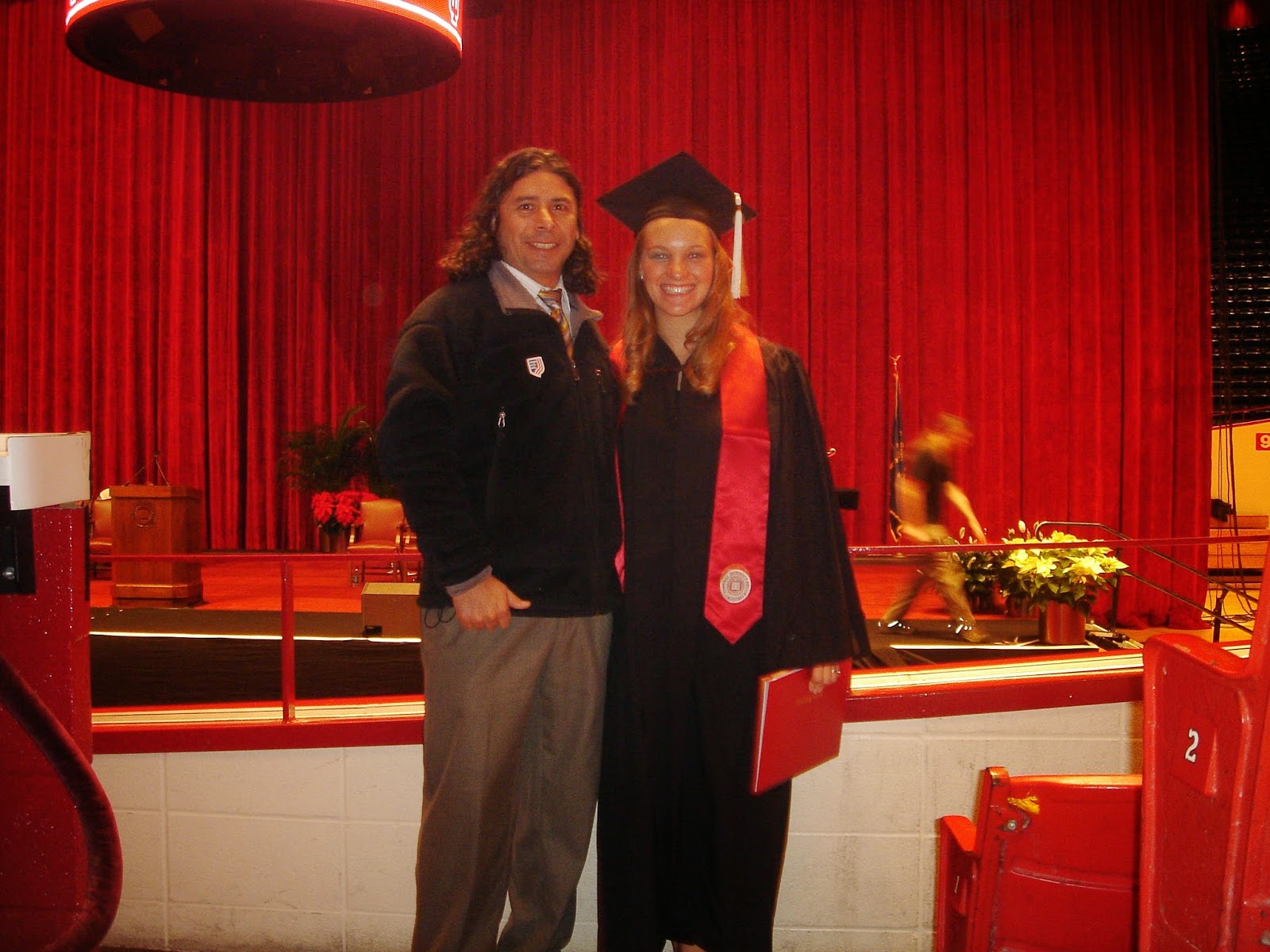 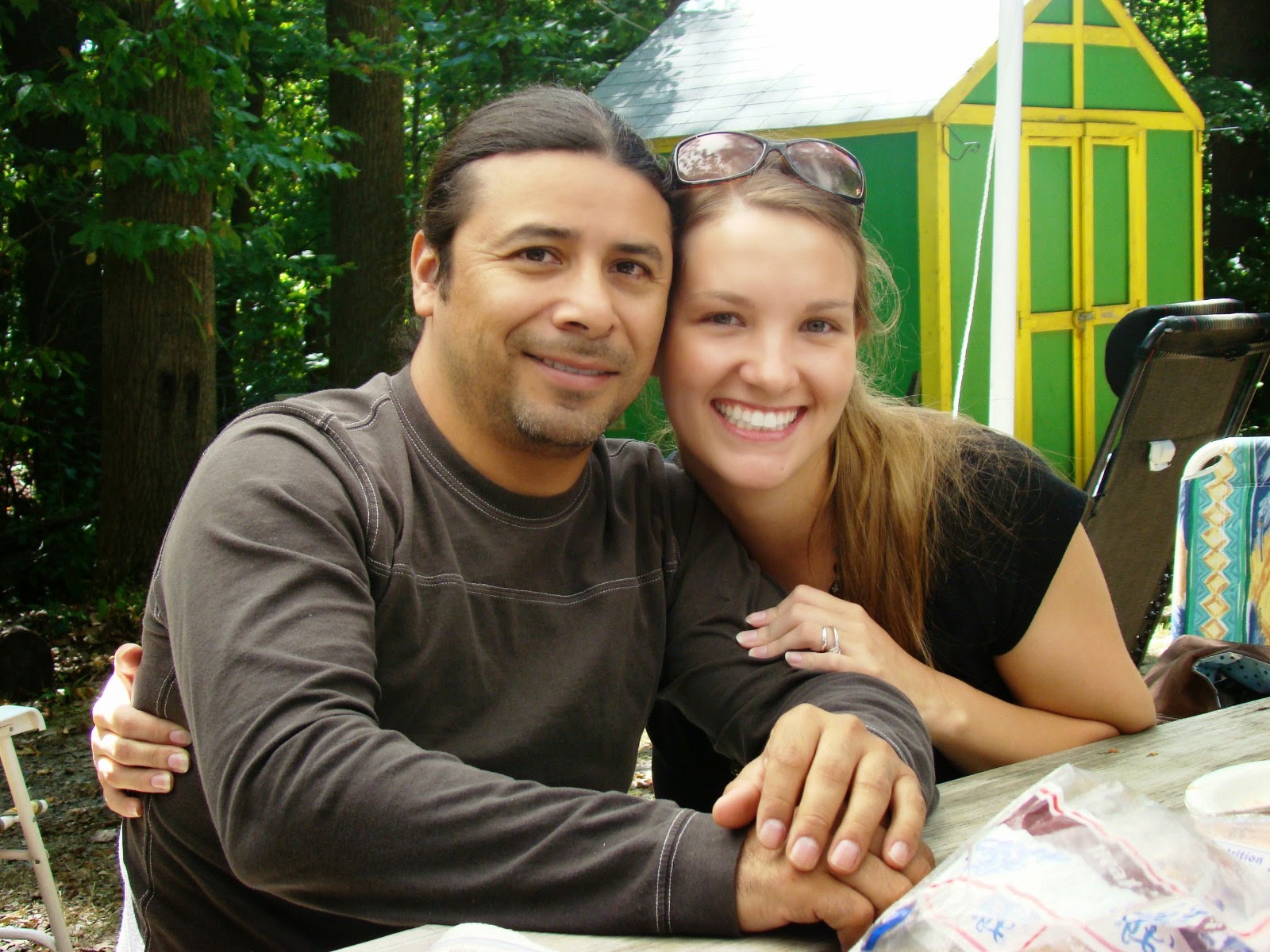 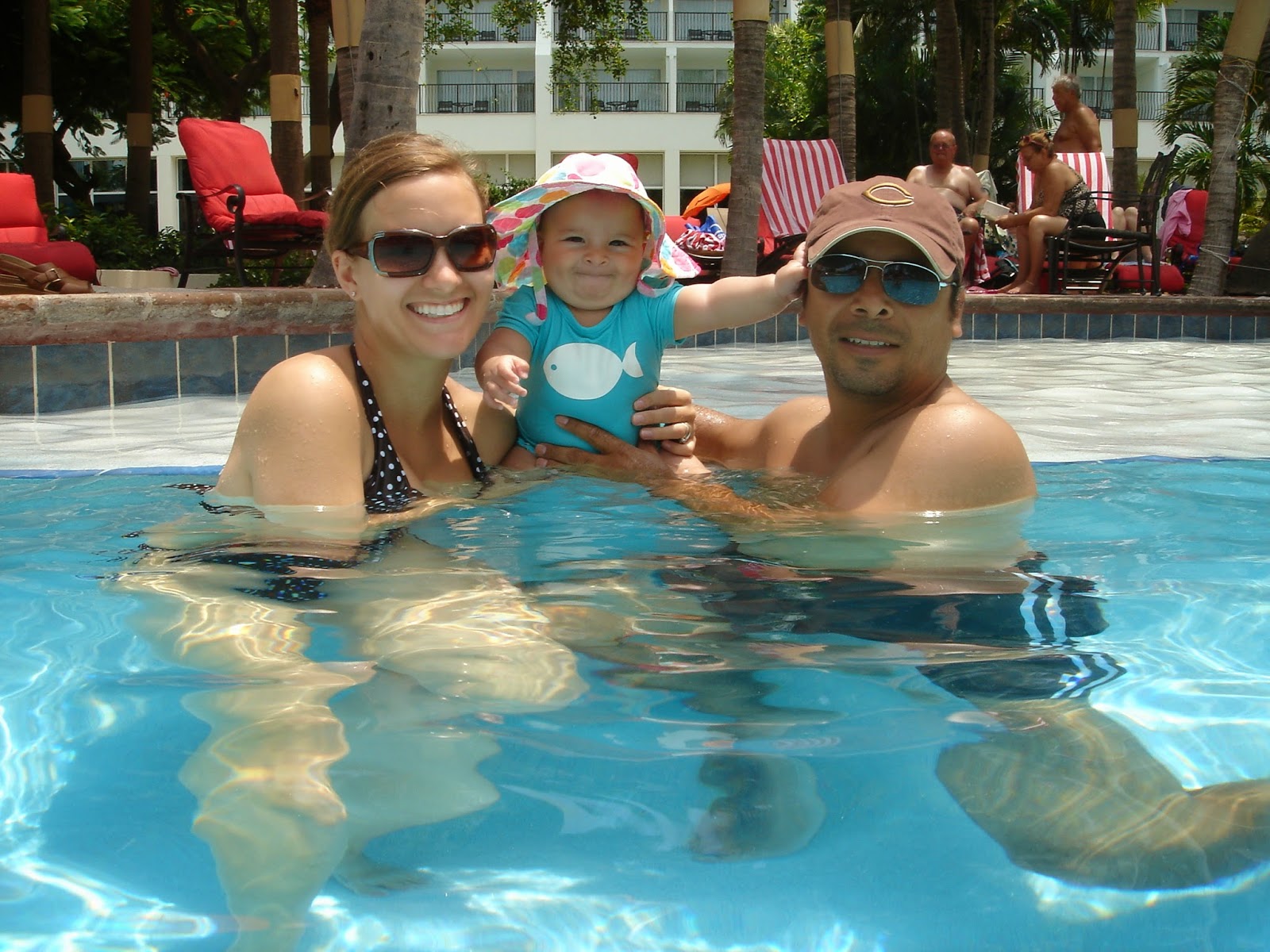 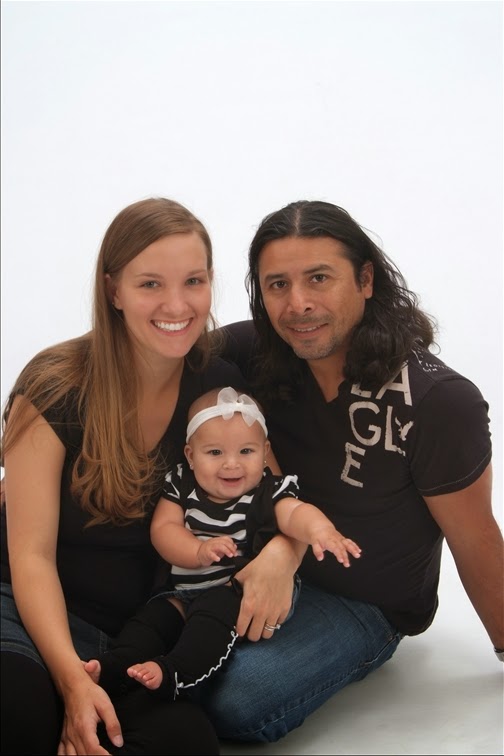 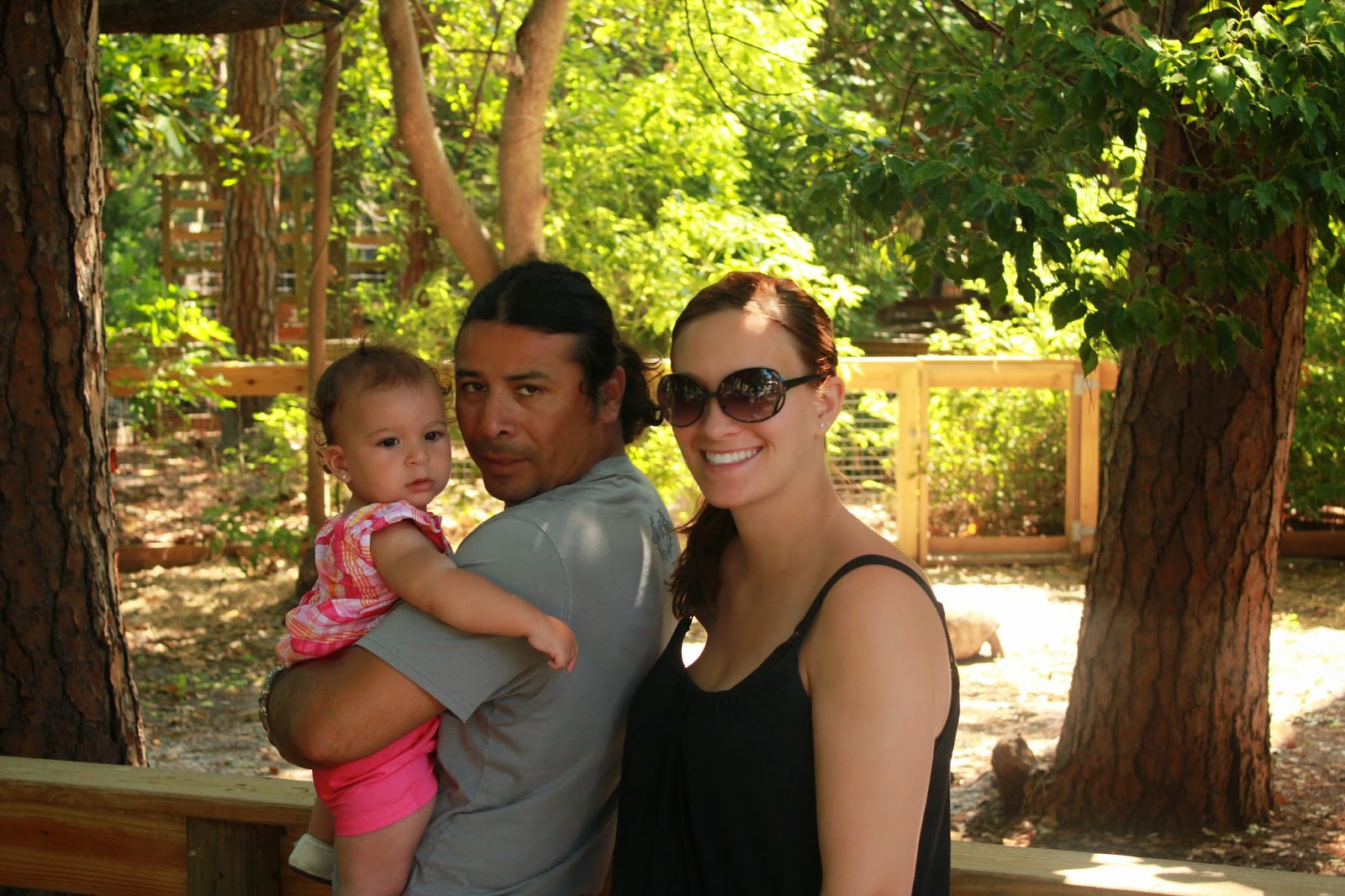 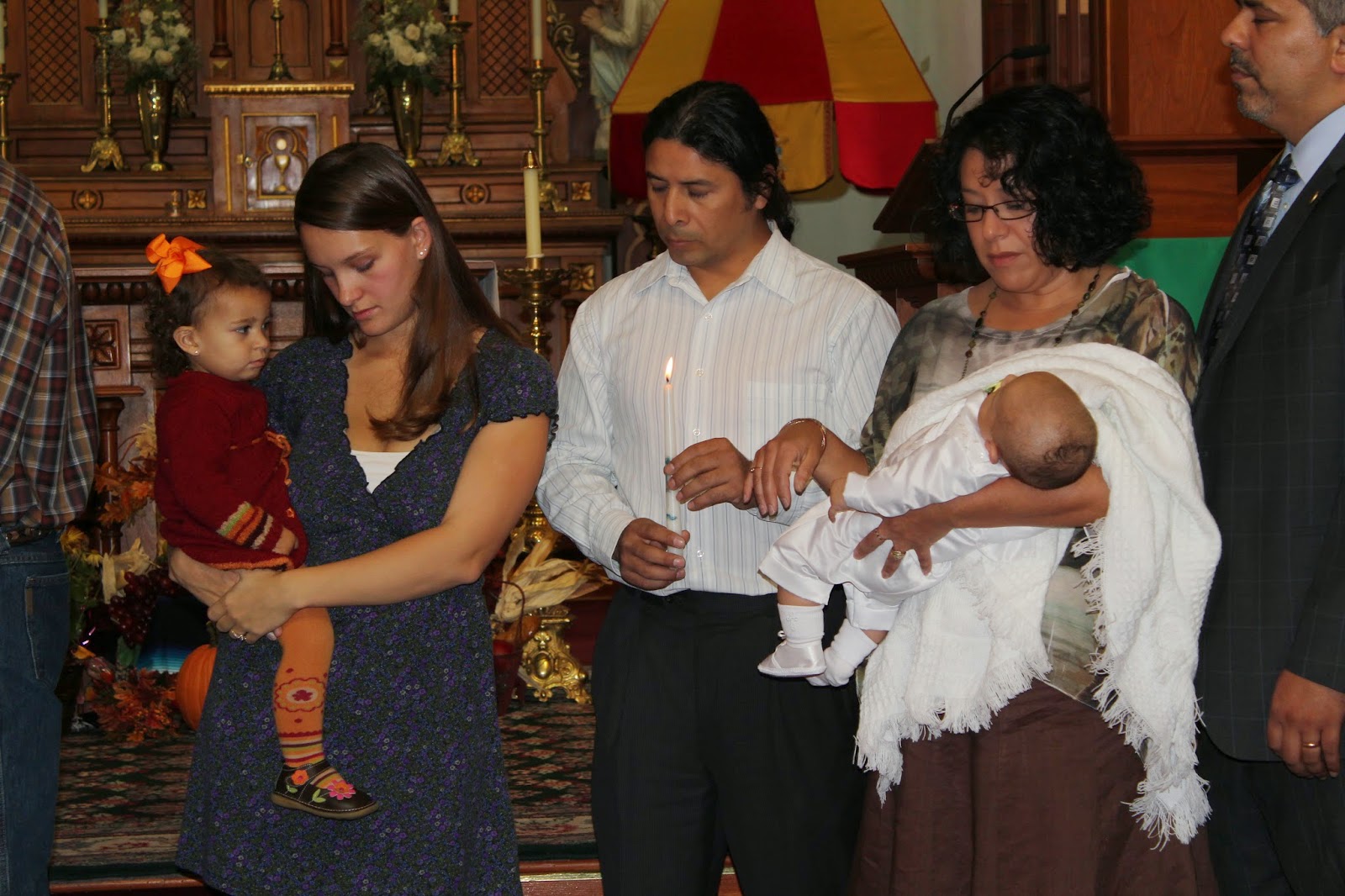 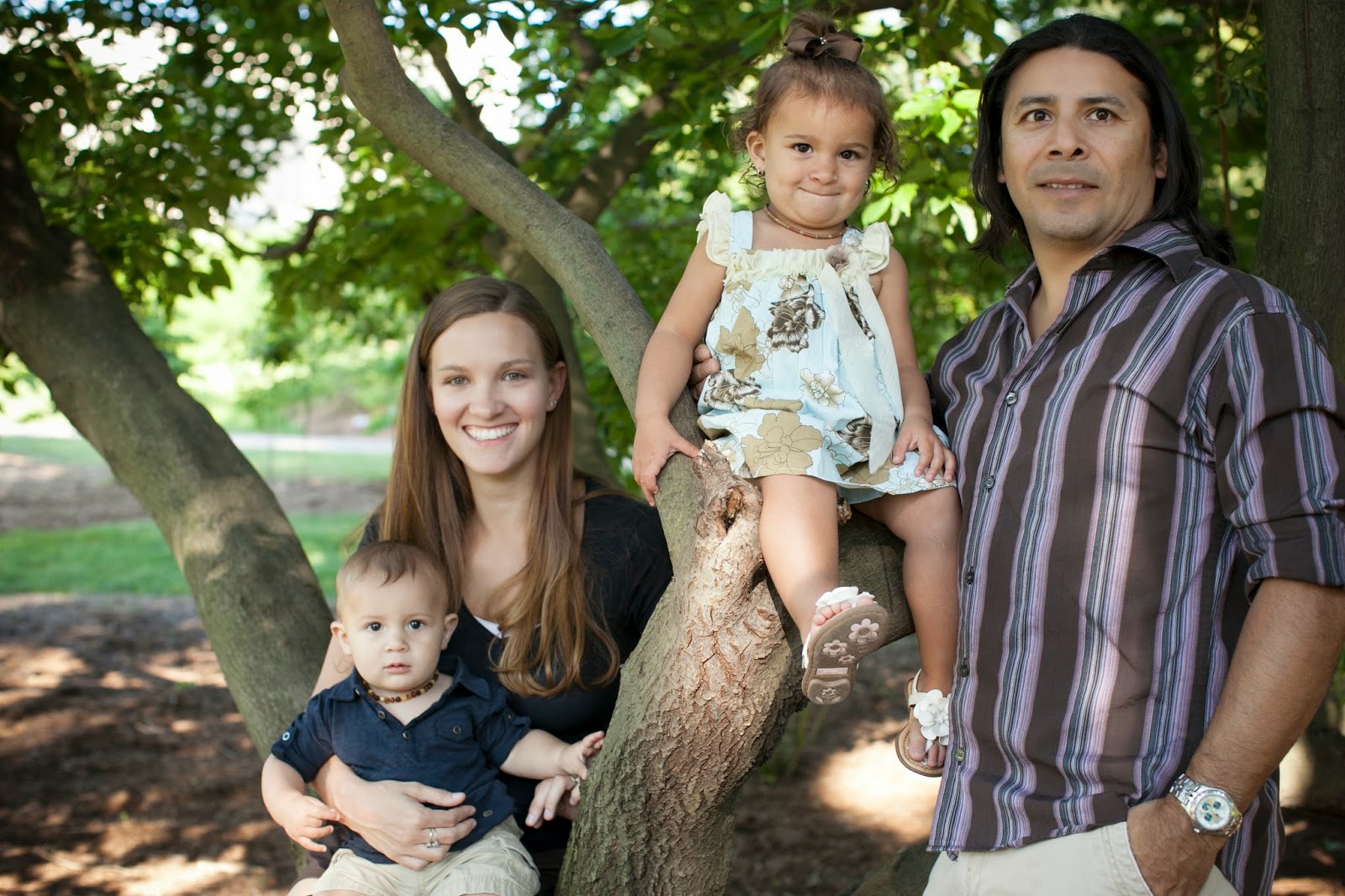 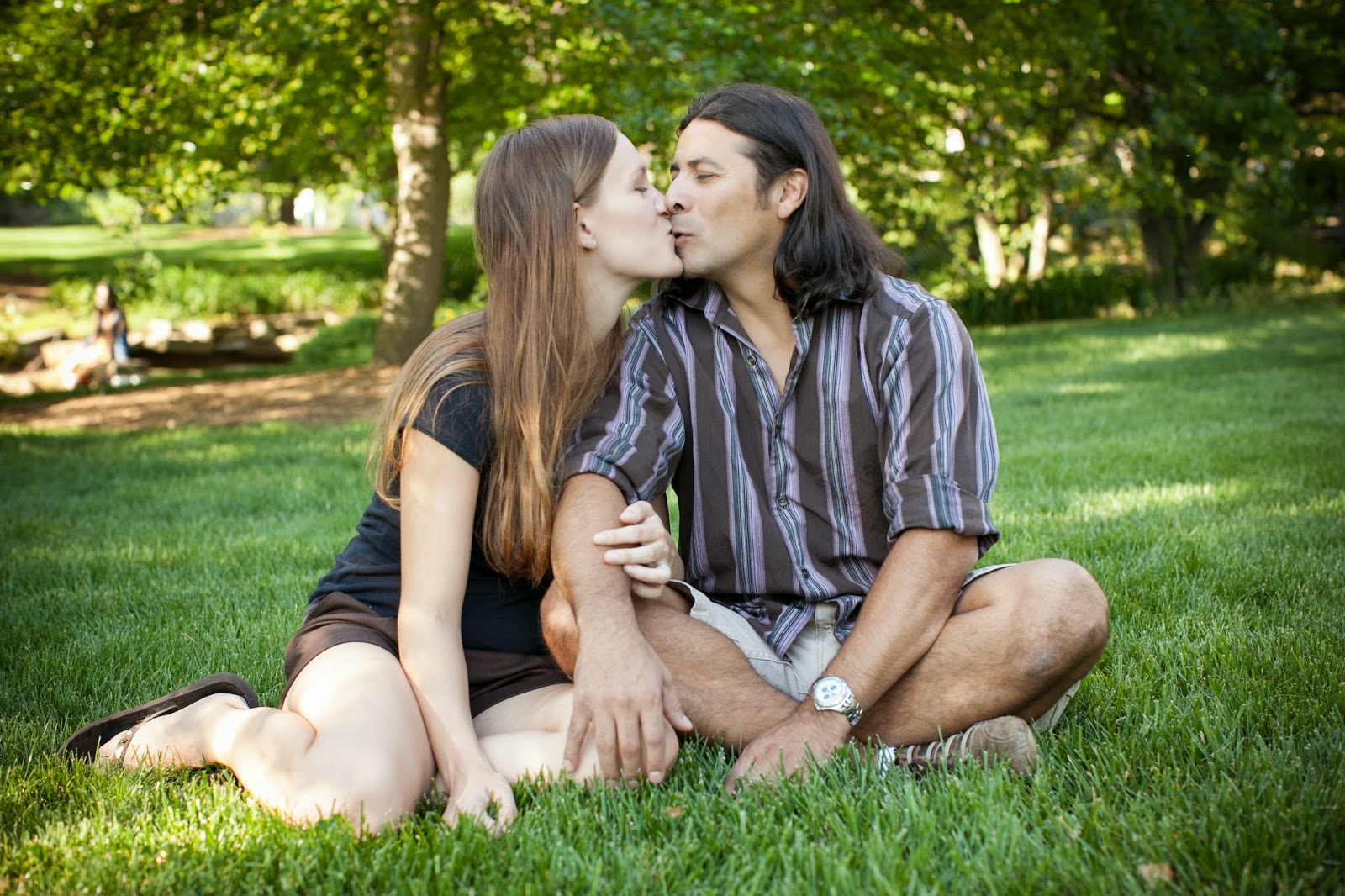 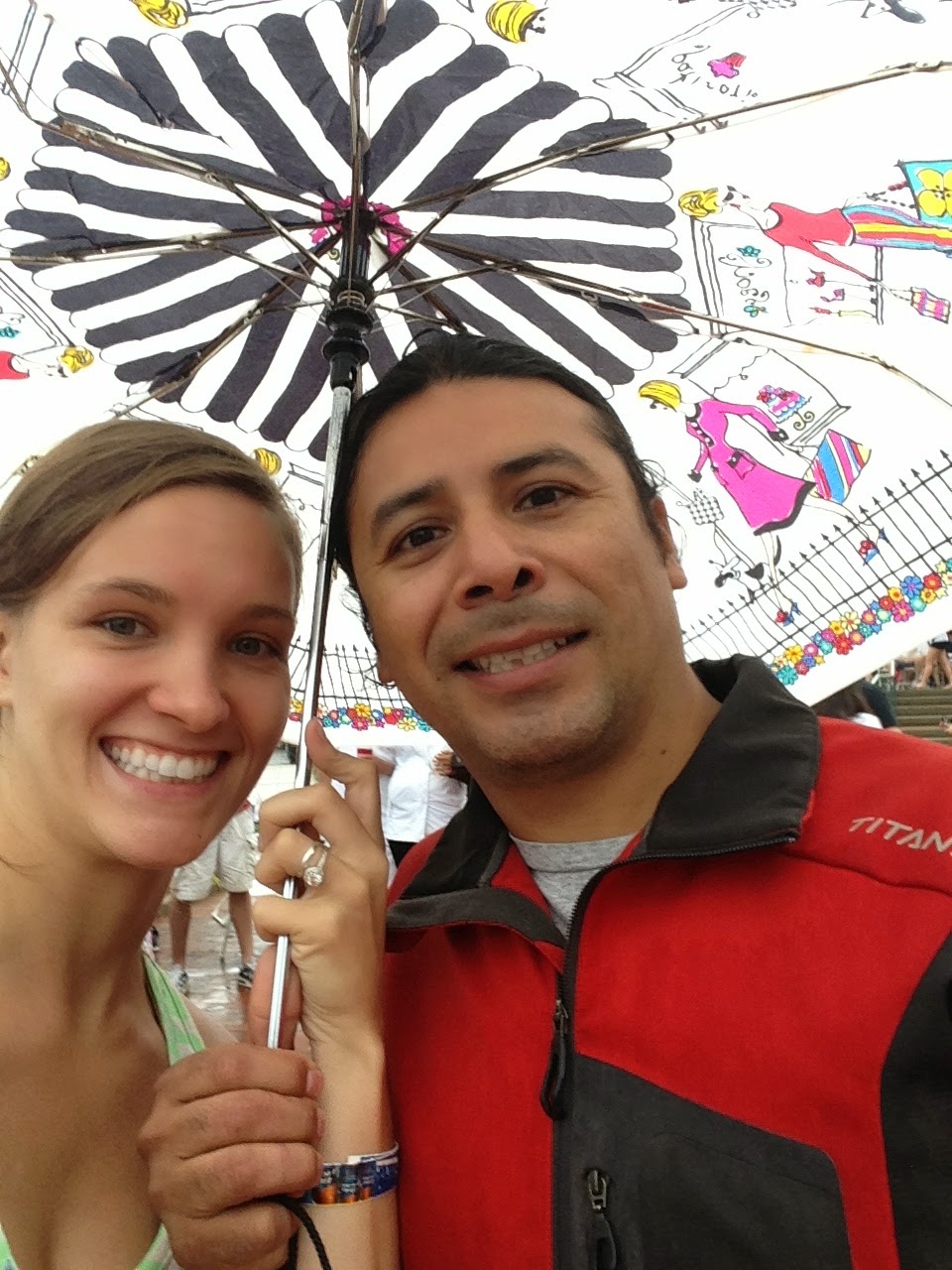 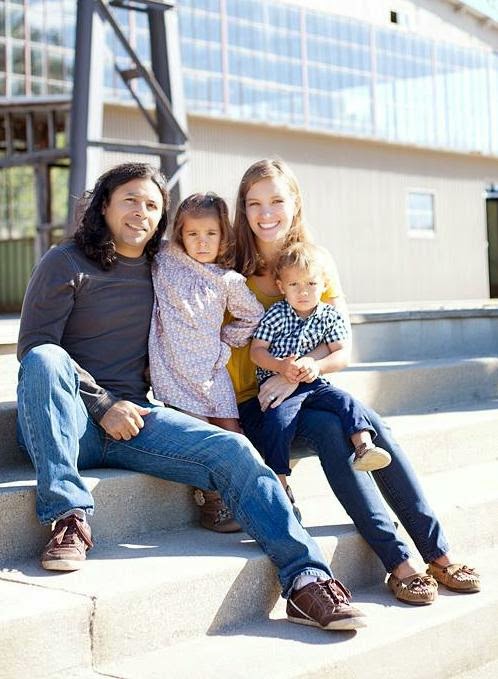 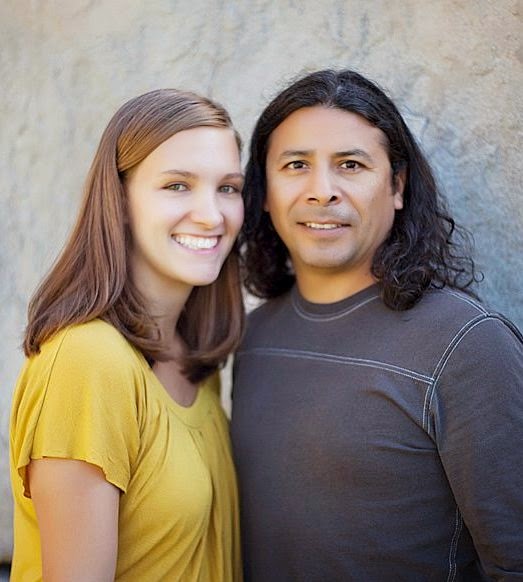 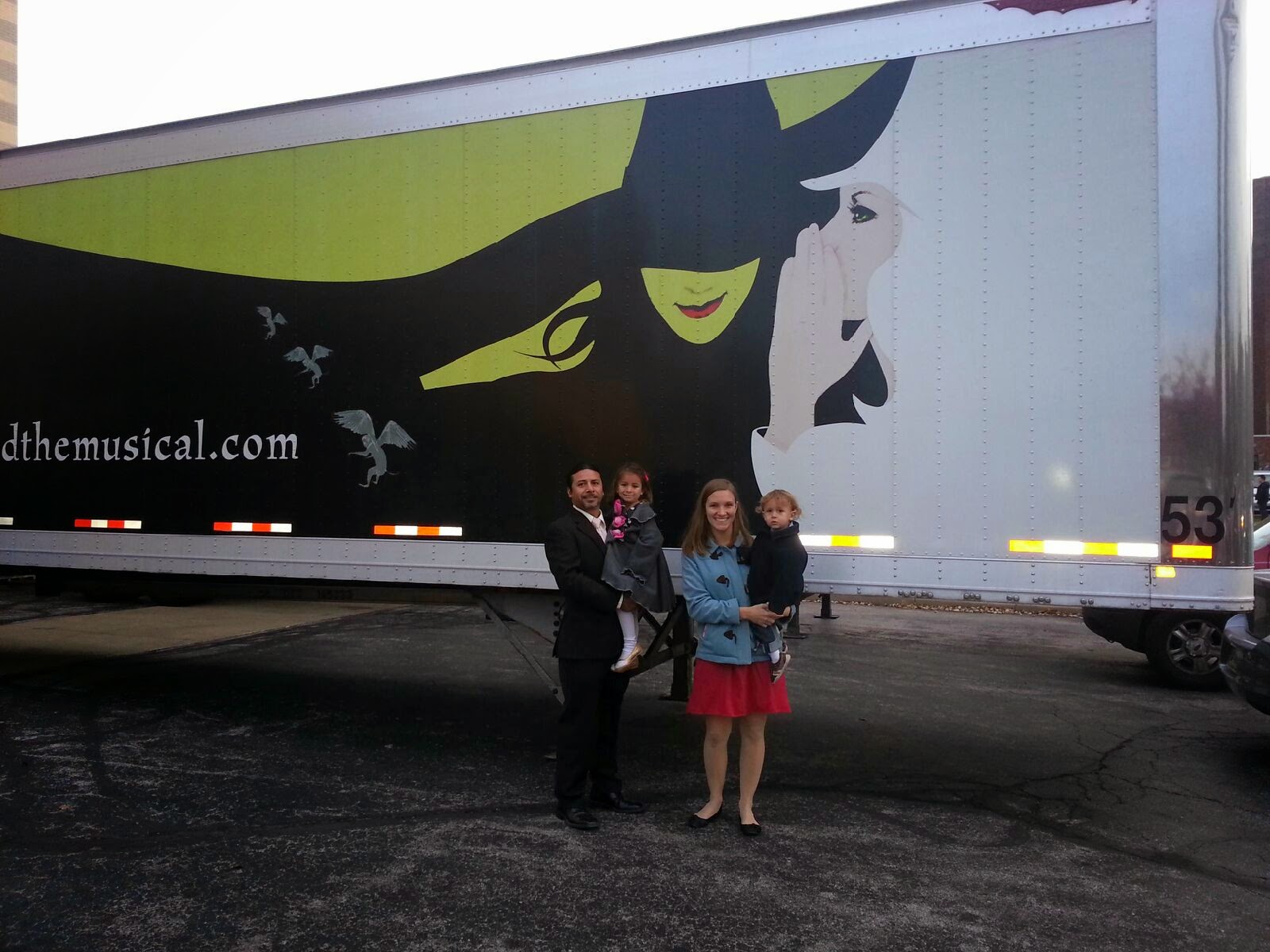 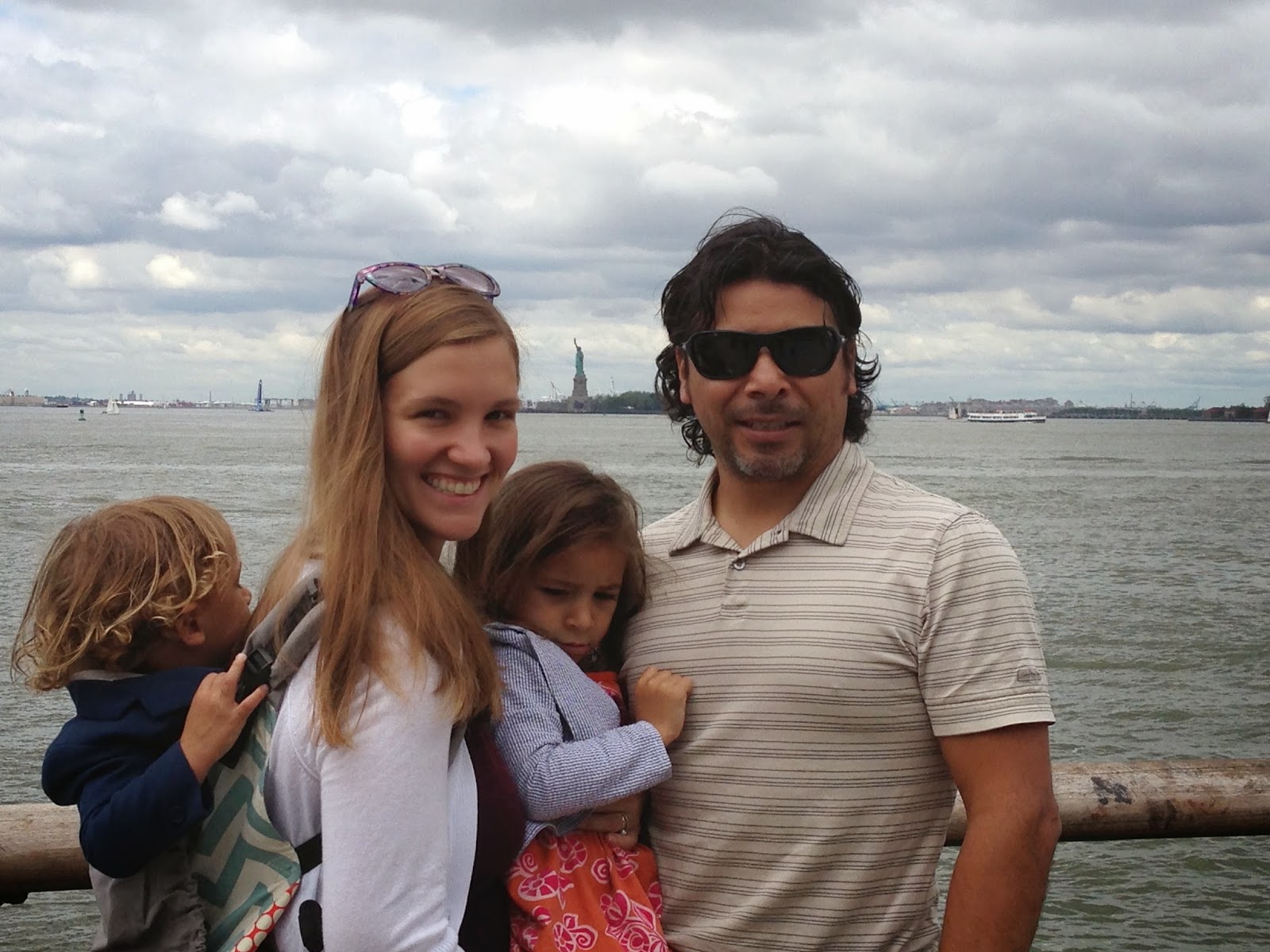 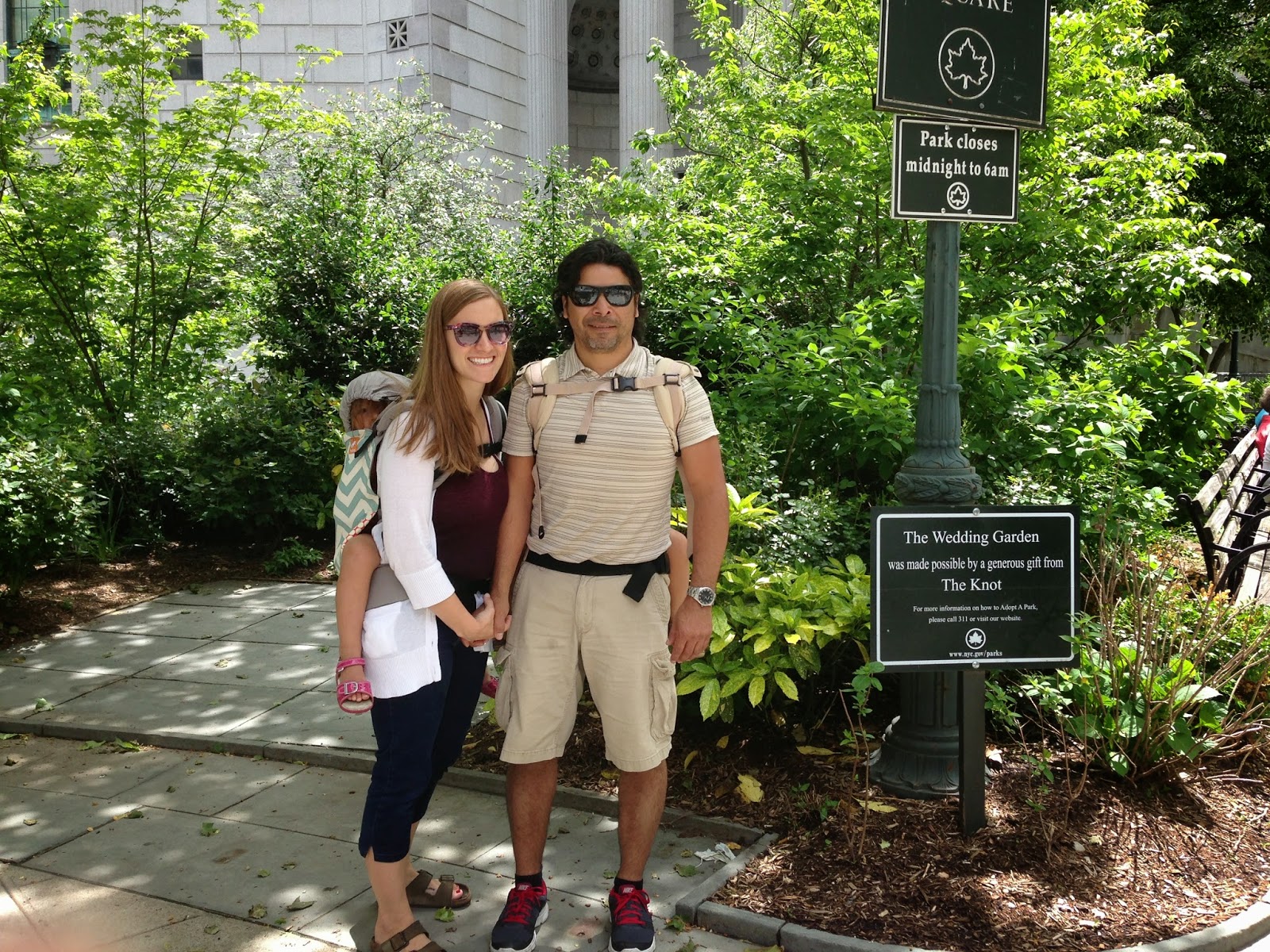 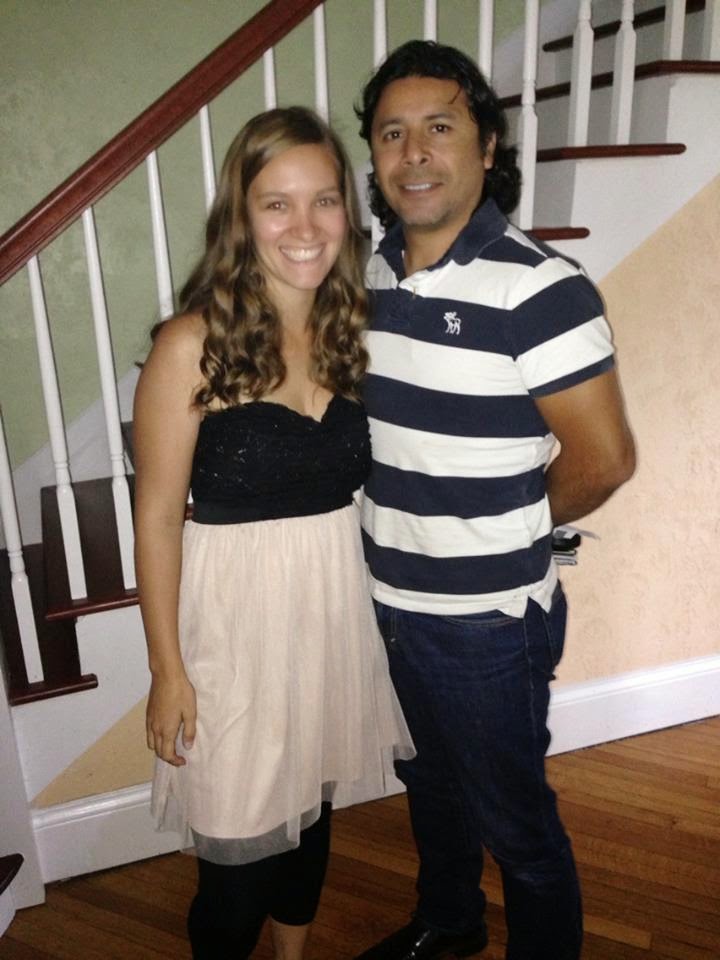 One comment on “Miss Independent…Oooh! She Fell in Love.”